The INDIGO DataCloud repository can be found at http://repo.indigo-datacloud.eu .

For informations on how to add the repository to your system refer to the documentation of your operating system.

After adding the repository one needs to update the package list and then install the Token Translation Service.

After adding the repository one needs to update the package list and then install the Token Translation Service.

To be able to install orchent from source, you need the go programming language version 1.5 or newer installed on the system.

The go programming language should be in the repository of your Linux distribution.

On Debian/Ubuntu as well as on CentOs it is called 'golang'. So installing go on Debian based distributions is just a

Installing on CentOs is also just a

If your system is not supported you can still use orchent through a lightweight Docker container. Download the container in the release section (choose the latest stable version) and import it using the docker load command, e.g.:

After loading the container you can use it to run orchent:

Orchent is following the go code organization rules and should be placed in the src/github.com/indigo-dc/orchent sub-directory of the $GOPATH. So if you have a working go-lang setup, orchent can be easily build using go build.

The Fast And Easy Way

For anyone just wanting to compile orchent without setting up a complete go-lang development environment; The next steps build download and build orchent:

One could now copy the binary to e.g. /usr/bin. 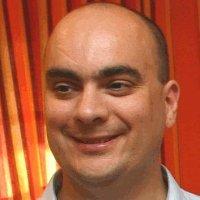 Last updated 10 months ago
Contents
Installation
From Package
From Source